The Train’s on the Tracks 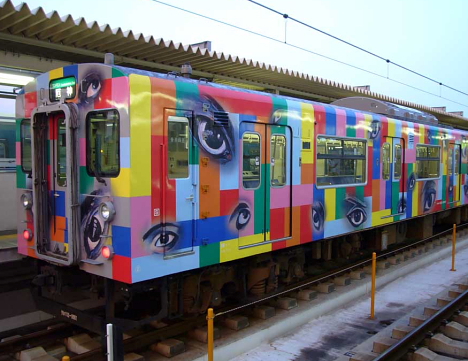 One of my loyal followers sent me an email wondering how she accidentally unsubscribed to my blog. She was all like, “I don’t know what happened. I don’t get your posts anymore.” And I’m all like, yyyeeeaaah, that’s ’cause I haven’t posted since April.”

Right. So I’m announcing my return. I’m back in the writing chair, back on the dance floor, back in the game, the train is back on the tracks. And since I can’t think of anymore cheesy metaphors, I’ll get to the point.

First, I’d like to report some really awesome news: Wish I Could Have Said Goodbye won another award, taking the Gold (first place) in the Independent Book Publisher’s Contest for best eBook in the young adult category, and Wish I Could Have Said Goodbye made its first appearance at the national American Library Association conference in Chicago last June. And speaking of appearances, I’m scheduled to speak and/or sign books in and around Chicago from September through November at various locations and venues. Check out my calendar on my events page for details.

And what about All the World’s a Stage? Here’s the scoop: In the midst of making lemons out of lemonade (blog post January, 2013) All the World’s a Stage had major production delays and won’t be released until the first half of 2014, which seems light years away, but in terms of book-publishing-calendar-time, it is really super-duper quick. My revised plan for All the World’s a Stage will give me enough time to finish edits, go into production, and give you (my loyal fans/readers) another award-winning, fantabulous book.

I have to admit, I’ve missed my characters, my writing, and my life in general. My life was completely derailed without warning but the good news is I’m ready to roll again. Part of my derailment involved having to move my kids, my dog, my office and my life, and I gotta admit, it was like whoa, what happened??? Major life-changing times for sure, but that’s life, right? In fact, as I was plowing through what seemed like ten-gah-zillion-boxes, I was thinking about how as writers, this is what we do to our characters. We invent one ginormous event to set off the story and then — pile it on baby.

Anyway, that’s my story. You’ll see more of me now and I’ll keep you posted on progress, I promise. I still have a novella in the works with Carmella and Howie in Paris and a host of other things in the hopper. So be patient, stuff is on the way, and thanks a truckload for your support.

How to Stay Motivated During NaNoWriMo
November 13, 2013